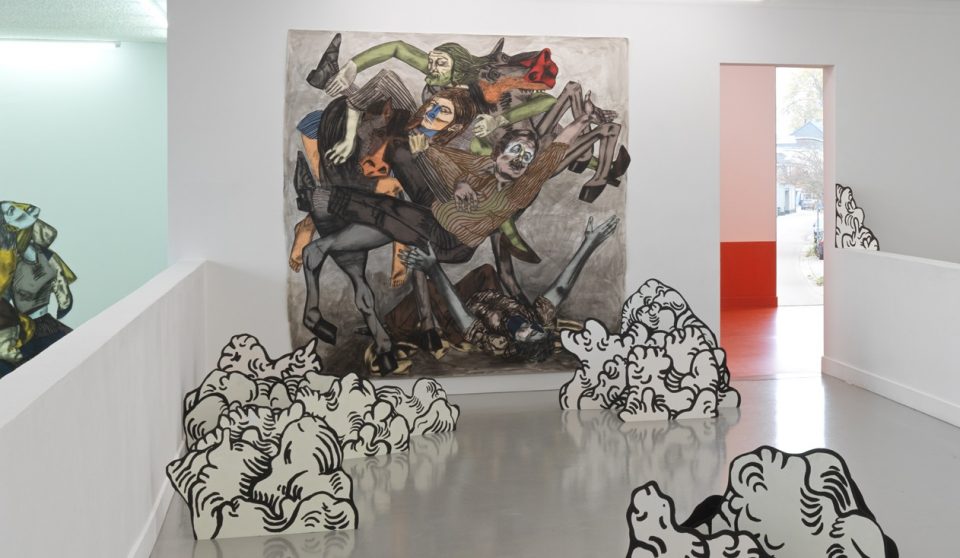 What are you looking at?

Susanna Inglada (ES, 1983) makes large-scale drawings constructed as collages, which are wall-mounted or placed as cut outs throughout the exhibition space like actors on a stage.

Her cartoon-like human figures are stereotypical characters, who often seem locked in confrontational yet humorous interactions.

For Drawing Centre Diepenheim, she created an entirely new series of works, ranging from drawings to ceramic objects and animations. The archetypal male figure that previously dominated Inglada’s works has given way to an exploration of the stereotyping of the feminine.

Her drawings offer a playful commentary on current events. By looking at how the human figure is represented in art history and in our contemporary media and culture, Inglada exposes how much our current social structures continue to be shaped by deeply rooted patterns such as power relations, gender inequality and violence. In ‘What are you looking at?’ Inglada deconstructs and manipulates things we are used to seeing.